The penultimate episode of Game of Thrones was aired last Sunday and was 79 minutes of fantastic entertainment. If you followed the show since April 2011 then you know that the desolation of King’s Landing was foreshadowed since season 2 which was aired in 2012. Daenerys has a vision in the House of the Undying of the throne room at King’s landing. In the vision, the room seems to have come under attack from above and it appears as if it was snowing. We now know that it wasn’t snow but ash.

Similarly, in season 4 episode 2, Bran has a vision after he touches the Weirwood tree. He also sees the throne room at King’s Landing in the same manner as Daenerys, however, unlike her he gets the vision of a dragon flying over the city. These visions are clear indications of the fate the city meets in episode 5.

In episode 5 we see the synopsis of the development of Daenerys’ character. If her coldness was not highlighted enough when she gladly watched Khal Drogo kill her brother then it was definitely properly displayed in episode 5.

As I predicted in my episode 5 spoilers, Tyrion exposes Varys and ultimately is responsible for his death. We see the episode opening with Varys writing letters to declare that Jon Snow was the right ruler for the throne, thereby betraying Daenerys, who he has no confidence in. This mirrors the scene when Eddard Stark was doing the very same thing before his execution (if he is dead), and execution is exactly what happens to Varys. But thank God he was able to write many letters before he dies and although we don’t know to where his little birds delivered these messages, we can only hope that he caused some change as Eddard did with Stannis Baratheon.

Tyrion is probably very sorry he tattled on Varys, as the lord of The Whispers was proved right, even though in his last words he hoped he was wrong. Sadly though, Tyrion was depending on the bells which signaled the city’s surrender to prevent bloodshed. (Technically he did prevent a lot of blood-shed as Drogon burnt thousands of women, children and other hopeless people alive and did not cause them to bleed.)

In the final episode, episode 6, I expect that the imp will meet his death as promised by Daenerys, she tells him in episode five that the next mistake he makes will be his last. Tyrion has nowhere to run or hide and I am sure that by now Daenerys has learned of his treachery when he helped his brother escape. Tyrion thought that Daenerys was interested in gaining the iron throne without committing atrocious acts but he did not know he was placing his faith in a tyrant.

Jon Snow is also shocked and from the look on his face he is in total disbelief that Daenerys was happily committing genocide which he could have stopped if he only listened to all those who were telling him he needs to man up. I am interested to see if Drogon will burn him in episode 6 or if he will disobey his mother. In any case, I believe that killing Tyrion, Jon and Sansa are the next items on Daenery’s agenda. More than likely Jon will end up having to fight the unsullied as his actions during the battle were noticed by Greyworm and went against what Daenerys wanted.

In episode 5 Daenerys has totally resigned herself to ruling from fear, she tells Jon that in Westeros she is not loved. Jon tells Daenerys he loves her and that she is his queen however even after saying this we see he could not return her love physically even at the very time where she needs his support,  guidance, and intimacy the most. In season 8 she loses very close friends and advisors and she is hurting and feeling alone but instead of crying in front of the television and eating ice cream (like a normal woman whose nephew does not want to sleep with her) she decides to murder thousands of soldiers and innocent people. In her isolation, she acts emotionally. She gets even more emotional when she sits atop Drogon and gazes over Kings Landing, although the bells are ringing and signaling surrender, Danearys decides to burn them all just like her father Aerys Targaryen intended. She fulfills her father’s wishes and burns Kings Landing to the ground. 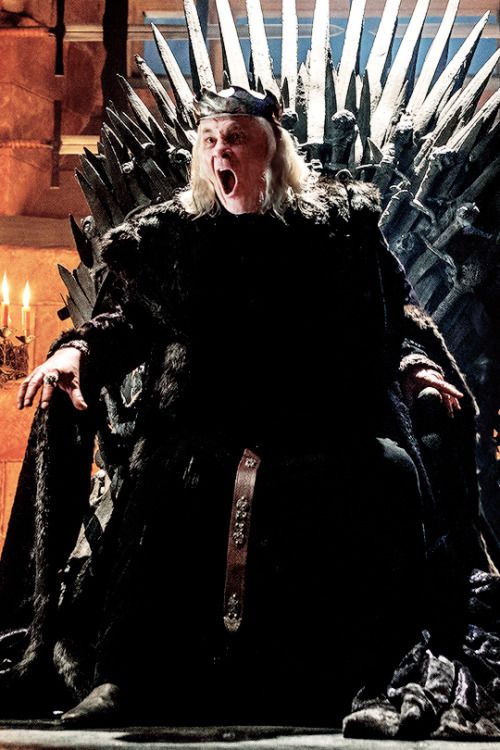 Let us remember however that Game of Thrones is the song of Ice & Fire. In episode 4 we see the Ice while in 5 we see the Fire ( which reminds me that Ed Sheeran’s song I see Fire is the epic song for this episode). In episode 6 I believe we will see the power of the Snow. Arya Stark witnesses the horror of the fire in Kings Landing and she, along with a white horse, seem to be the only survivors of that horrendous furnace of death. She seems to be the wildcard as currently, Daenerys’ firey gaze may not rest on her.  Arya may bring death to The Mother of Dragons and The Breaker of Chains ( Ironic that Varys was put in chains). Arya thought that she witnessed the worst she ever could when she saw how the Lannisters killed her father and brought about the separation of her family but I think she has been totally floored witnessing the death of women and children. It hit home even more to see the burnt remains of the little girl who in death clutched the charred remains of a white wooden horse at her breasts. 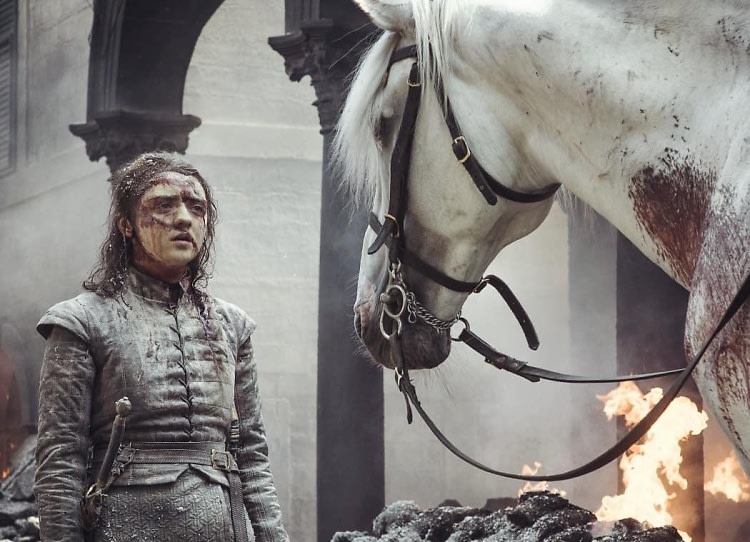 Pale horses symbolize the balance of power and wisdom and freedom without restraint. However, pale horses with riders symbolize death. Is this indicating that Arya Stark will be the one to bring balance in episode 6? Will Arya bring death to Daenerys’? We can only hope. Click here to watch content like Game of Thrones season 8 episode 6.

Revelation 6 :8 And I looked, and behold a pale horse: and his name that sat on him was Death, and Hell followed with him.